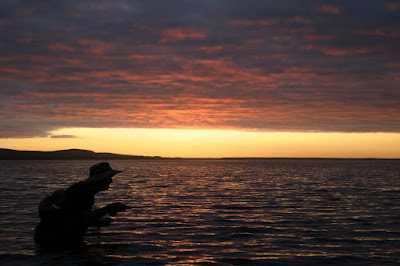 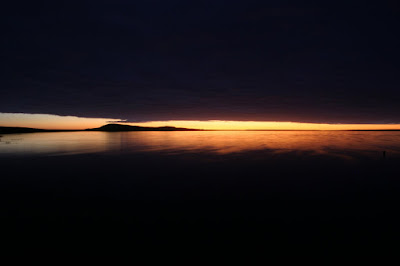 After reading Woody's blog i realised that i had missed the session after we had a few hours on Finlaagen..

At this place, times stands still, i remember asking Woody the time and what day it was most of the time? he described to me that its known as 'Islay time' people who visit this Island get in a relaxed state of mind, time does not matter anymore, i had this feeling and it felt great!!

After Finlaagen we decided to go over to the also well know Loch Gorm, i was still looking forward to my first Scottish wild brown to the dry, this Loch was huge and i had that daunting feeling when you pull up to a massive Loch 'where are the fish?'
We walked down to this Loch and the scenery was top draw, its overlooked the sea front in the distance with mountains beyond the sea.
It was around five o'clock and as we walked around the bank edges we started to disturb my favorite invertebrate, THE SEDGE, nice big Cinnamon sedges all getting ready to return to lay there eggs!!
Now it was time to select my LTD sedge, i have a confidence in this fly and it will pick a fish out with no hatch, but the signs were all there.. I shouted on the Walkie Talkie to Woody and Pete, lads it time for the dry!! also with a bit of banter at the end, calling them both Wet fly Wa"kers...
These walkie talkies were a great piece of kit, Woody and i use them back home to chat on, Peter had to get used to them but we were all soon having the crack with some tips and abusive comments now and again!!
I waded thirty feet out, the bottom was a bit dodgy and you had to have your wits about you, i looked all around me for five mins and there it was, a nice slashing rise!! if you love the dry you will know the feeling you get when this happens, your heart beat steps up the pace and you become ''switched on', I cast to this fish and waited..... nothing.....re cast..... nothing.... re cast with a heavy drop and a two inch vibro twitch, Smash!! full tail walking brown hits the fly and comes flying towards me, my line goes slack as i retrieve to keep in touch but the fish is too quick, the fish sees me and darts off at full speed... The fish was so angry, it was a hook virgin brown and it went mental, i soon got the better of him and landed my first true wild brown to hand..perfect in every way and a whisky coloured stain matching it living conditions..i returned the fish as we had Pollock waiting at home for the nights tea..
Below is the fish showing my LTD hooked well in the scissors 'Quality' 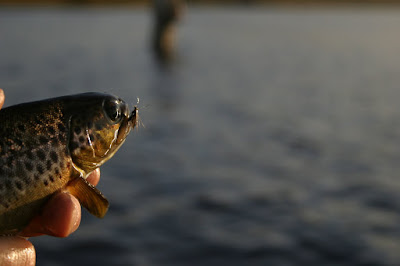 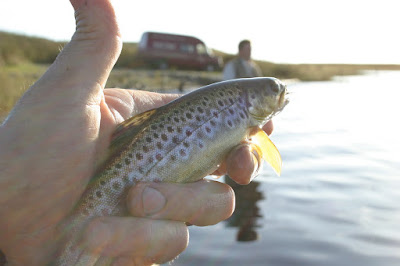 From there on in i started to have the best dry fly fishing i have ever had, not very easy, but i found that casting to rising fish and a 4 inch twitch of the sedge would tempt the trout to hit them with no caution, i missed quite a few and realized i needed to strike fast and down to my side, this hooked all the fish and for a half hour i was having a fish a cast, all around half a pound and fighting fit..

Woody was fishing very relaxed and you could see he was just enjoying watching me and Peter buzzing our heads off, i stood and watched him fish the sedge and missing take after take, we soon realised that he was using the larger LTD and the trout were just a bit on the cautious side and hitting them with tails trying to sink them, a quick change to a size 16 and it was 'bag up Woody'

There are times in my life when i have had moments that stay with me forever, i suppose everyone has these feelings, they only last for a few minutes but you get a overwhelming feeling, like when i scored a winning goal playing football in front of 1500 supporters, feeling the hook set on my first salmon....Well i was standing in this Loch and the sun was setting over the sea causing the most deep orange glow all over the loch, mountains in the distance were disappearing, i had just landed a brown in the glowing loch, i turned to Woody and we just watched this magnificent sight in complete silence for a few Min's, a moment that i will always talk about, its hard for me to put this scene into words but it only a fisherman who would know what it felt like.. a true special moment......

The pictures below show just part of the view...... 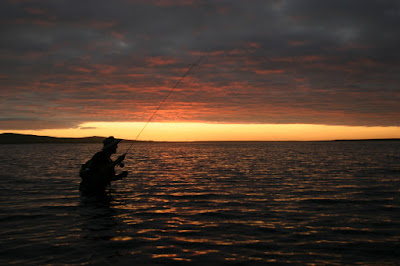 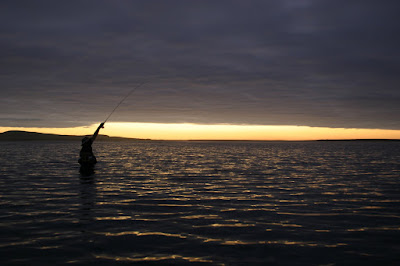 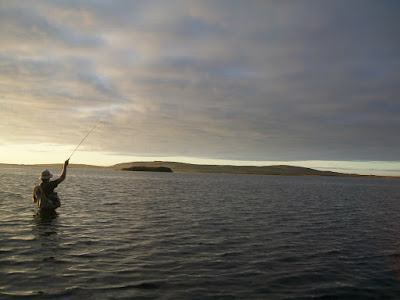 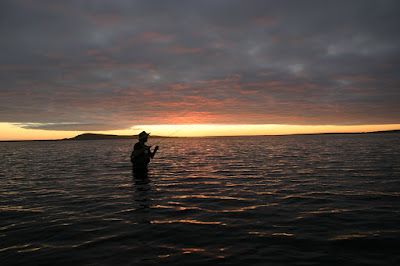