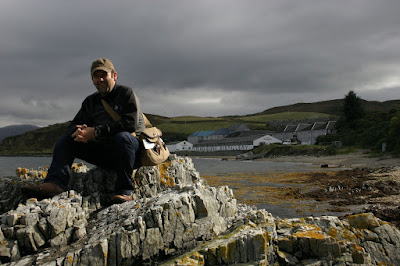 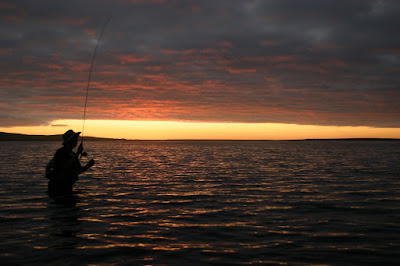 Well i had got the pass to go and fish with my mucker Woody on his second home, Islay Scotland, a small Island off the west coast of Scotland...
Woody was staying for the week so i had the chance to drive on Saturday night and return on the Tuesday night, this give me enough time with traveling to get some fishing in.
I left on Saturday at half six and made my way up the m6 to Glasgow, Woody gave me directions and said it would take around 7 hours to the Ferry port in .
I was buzzing like a school kid, i had never been the west coast of Scotland and had tyred it years ago in my vw camper van only for the engine to blow up at Lancaster!!
I had to catch the boat a 9.00 a.m Sunday morning so my plan was to get up there and find a place to sleep, it took me four hours to get to Glasgow where i topped up with Diesel and made the next 150 miles to the Ferry, Woody told me to watch out for Deer in the road and through the mountains one jumped out in front of me and i had to swerve all over the place to get out the way!! 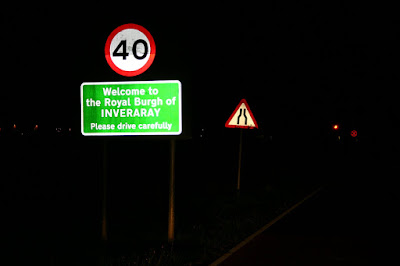 I decided to get straight to the car park and get my head down as not to miss the boat, I arrived to the port to see a huge Ferry all lit up in the dark which looked well impressive, I had never been on a boat before and was really looking forward to getting on.

Sleeping in the car was a nightmare as i could not get comfy but i ended up getting 5 hrs kip in so was happy as i wanted to be fresh for the fishing..... 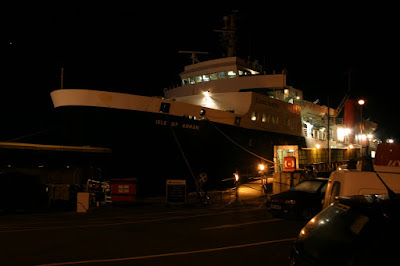 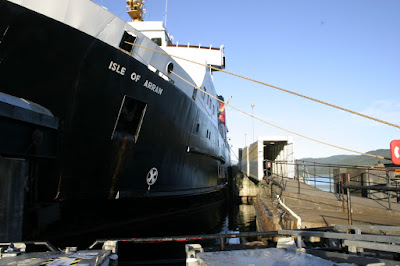 I woke up around 7 and purchased my return ticket for £10.00!!! the weather was bright blue Sky's with a beautiful cool crisp air, I got on the boat ready for my 2hr trip over to Islay, the scenery was like nothing i have ever seen, the sea was flat calm with mountains all around me, i had the crack with the Scottish crew who were laughing at me get hammered by the midges, they said that the midges bite the English much harder!! One of the lads kindly gave me a lighter as i had left mine back at the car, i got my own back by saying to them 'i will never call you Jocks
tw"ts again!!' they all laughed there heads off and made me a brew in there cabin..
I met a couple of Swedish Tourists who were bird watching from the boat and i had a go of there leica binoculars, i used to take the pi"s out of these people but i enjoyed seeing some of the wildlife on view here, it must be a sign i am getting older!!
As i was closing in to the port at Islay i had got hold of Woody on the walkie talkies we use at fishing, so i managed to pick him out from a good distance, shown in the photo below...(spot Woody in the Dodgy barbour shirt) 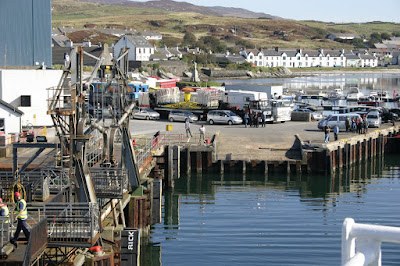 On arriving at the port i met Woody and we shook hands and took off to see the river Lagan i had been so eager to see, the river looked top draw with lots of rifles and sweeping bends running right into the sea pool, the river was looking considerably low as they had no rain for over a week.

At the head of a pool we saw a huge salmon come leaping right out the water, a sight that makes any fisherman's mouth water!!
We were due to fish here on the next day(Monday) so we made our way back to our digs, this Island is so nice, miles away from the hustle and bustle i live in, Woody kept waving at everyone who drove past who also returned a smile and a wave, i started to realise that this is what everyone does on this Island, i am used to people shouting abuse and giving me the V sign back home!!
At the digs(Cottage) i met up with my other fishing partner (Peter) now known as Peter Pollock! 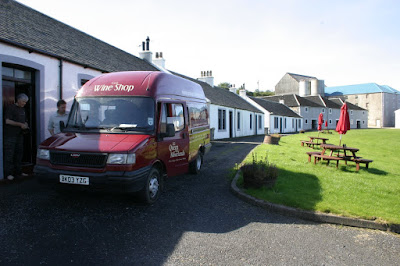 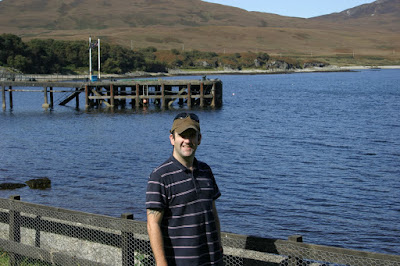 We stopped in a bungalow right on the beach front, you could walk straight out of your door and onto the beach, it was very quite only the sound of the sea to be heard, it felt like a place i was meant to be and i just wanted to check out the fishing to see if this was as good..

We tackled up and we all went for a evening session on one of the more well know lochs Finnlaggen, i was buzzing to get out and was really looking forward to the river the next day but a loch would be a good start for me..

The loch was beautiful, a lime stone bottom and only around three foot in most places with deep holes in the middle, the water was peat stained but looked very clean and clear, something i have never seen and got to love at the end of the session.
I tackled up with my usual dry fly set up and selected a small emerging olive, all the locals do not dream of using a dry and its 3 flys on the wet all the time, a long tradition for them..
It was around five o'clock and it was warm with bright blue Sky's with no wind, not top fly fishing conditions but still the best for chilling on this loch..
Peter selected a wet fly set up and started to catch fish just up from me, i am a dry only and was pigg headed and kept with my dry as this is my love.. I could see no rises and was starting to get that sinking feeling of switching to the wet when a fish smashed my fly from know where, Buzzin!! 'they take the dry youth' i shouted over to Woody.. five seconds later i lost my first true wild brown from a hook pull, i was now buzzing as i knew that these fish would come even though there was no apparent hatch..
I fished with a olive and a sedge for a couple of hours and missed four takes and got the hook pulled three occasions, it was all down to my bad fishing as i was tired from my trip and was not sharp on to the fish...
Peter caught around 8 fish on the wets, top class fin perfect, hooked virgin browns..it was obvious from watching him he was a top fly man with loads of fishing experience..
I had blanked in my first few hours fishing but had stuck with the dry, i told this to Peter and he said he just wanted to catch fish! He was very right but i was about to have my revenge soon!! 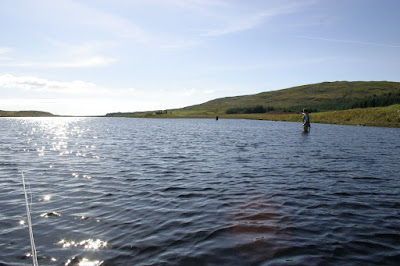 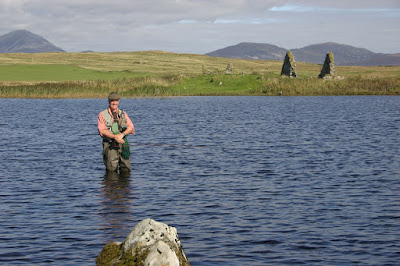 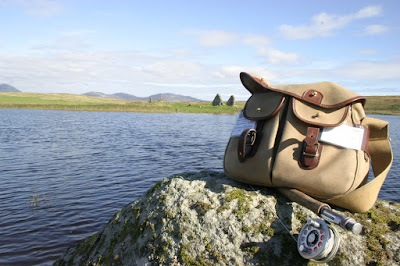 We headed off back to our digs at dusk and got stuck into fresh Pollock that Peter had caught in the sea earlier in the day. This bloke was also a top cook!!
A few beers for me, Woody on the Whisky and Peter smashed on the wine!!
I was loving it already!!