It's a PB for WYK Adam Stafford

WYK Adam Stafford releases a big thumping Grayling from my holy Dove, he spent the weekend at my house in Stoke On trent  after traveling all the way from his  home in the south coast of England.
I was standing 6 ft away from Adam looking for fish when i heard him say 'Yes' my first reaction was to look at his rod tip as i always do now, i can tell a trout from a grayling and most importantly a big grayling, 2 seconds and his rod gave two huge slow thumps and i knew he was into a PB...
Me trying to be cool i told him to relax and took two steps over to him, the first foot hit a underwater log and then the dreaded second foot as it come forward hit the log.. i went straight in head first and did a grayling roll myself.. I looked up and Adam had one huge grayling on and his spare hand holding me up in the river!! We both pissed up laughing in a surreal moment and after a good few minuites scrap he landed a Dove thunmper..
These are moments i never forget and i find it more exciting watching someone else catch a Pb.
The picture is a cracker... catch and release of a pb, and a hot orange sail...
Adam is lovely lad and has insane fishing love like myself..LTD 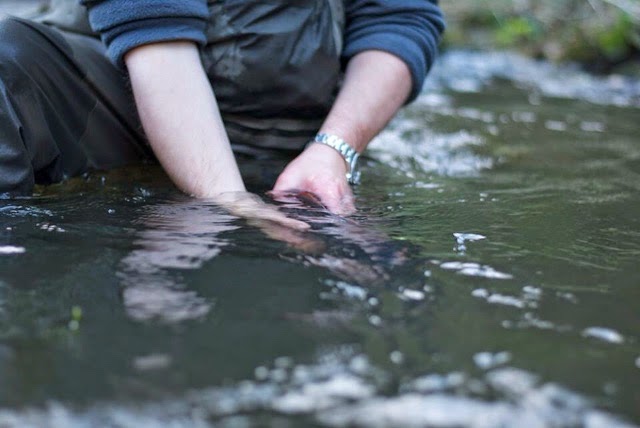 I think this photo taken by Adam Stafford is one I will cherish, Dovedale is my own water and in a setting to die for..
Into a 2lber 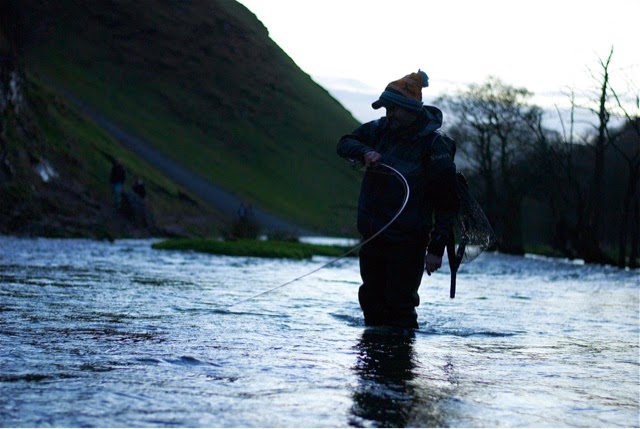 Grayling fishing when they are 'on' 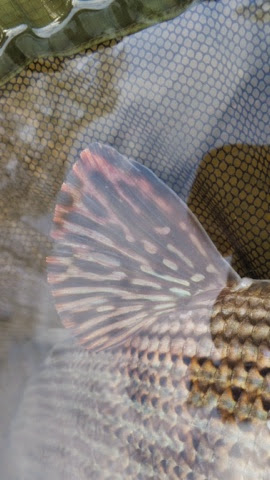 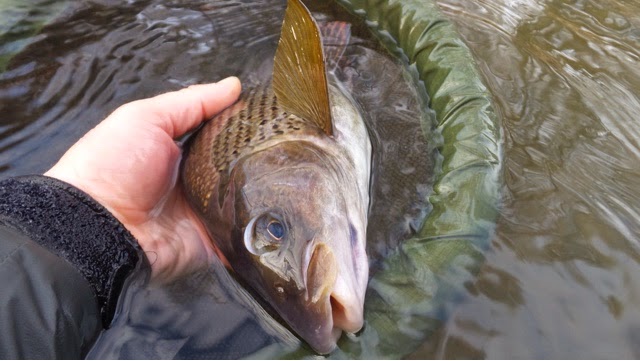 'Hooking moving logs that come alive'
I say this above as this is what has happened to me on the Dove, i have proberly said this a thousand times on my fishing posts but today has been one of them days where i could not really go wrong,its been a day that you remember till my fishing days are over..why?
Because throughtout the year i spend months struggling my way through catching Grayling or trout just for a chance of that special fish..everybody has there dream in fishing, some like to be just on the banks, some like to catch only on drys, some like to catch bag fulls of fish.. some like at bit of everthing.. i am a specimum hunter and i have always been that way and i will never change, so many people are quick to say what it the 'best way' to fish.. there is no right or wrong way to fish, if its making your heart pound then its right for you, dont ever think your a better angler than the lad trotting a worm on a river, he is getting the same buzz you are..
A big clear Dove and the grayling were so heavy on the feed it was quite astonshing, today they were hitting the top dropper on a two fly set up, some will say your covering differnent depths of water in this method, i dont belive this and if a grayling takes your dropper its reallly hard on the feed as grayling never hold station off the bed..hence the fish swimming up to your fly.
every time i fished likely pools either at the back end or down the side of a rifle my indictor was stopping dead and i was hooking what felt like logs drifting downstream until i saw the big silver flashes of huge grayling..today the big males were out on the feed and i became greedy for all my blanks and took everything i could...
One big special fish graced my net after a scrap that left me in bits, i knew it was big as it lumped downstream with no eratic movments, i did not mess around and gave it full side strain only for it to hit the fast flow and raise its big sail!! a grayling angler will tell you are in the shit when this happens, you can do nothing other than to chase it which i did !!
weighed how they should be on my digital salter scales it did the 3lb bang on..not as though this was really all that mattered today, i caught massive graylling all around the river and loveds every minuite of it..
i still have to same fly in my box, a well worked nymph given to me by Steve Cullen a few weeks back...it took every single fish on the middle dropper!! it will now go down along with my soft touch shrimp..
Does it get much better, i dont think so....
I am off to the Tweed and Tevioit with Adam Stafford in a few days so i hope my Dove skills can do ok on there holy rivers... a tweed grayling is one of my goals..it never ends!!
LTD 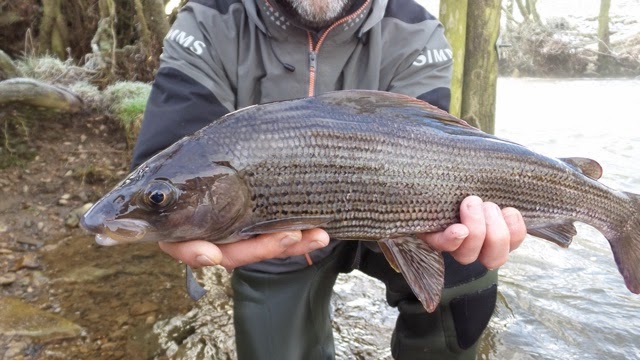 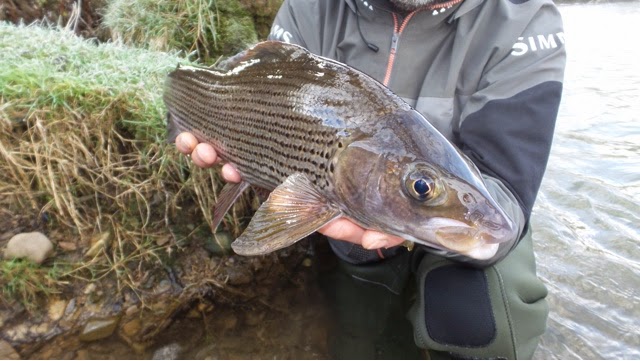 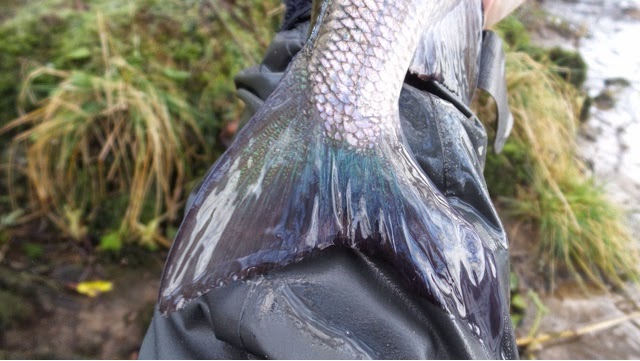 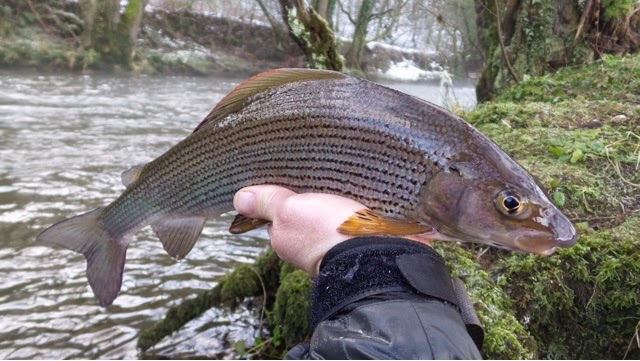