Nature will find it's way on the 'unknown stream'

Living in Stoke on Trent You don't really get much chance to go and fish a wild trout stream, there is the Trent which is ok for your odd course fishing but it's a bad river as is passes through Stoke and hold lots of silt even over the fast runs which is not nice at all..
I went for a bike ride last week and spotted a small stream through a park, i biked onto a very old stone bridge and peered off the side as all fisherman know!!
A small bow wave up shot up the river and I turned to my mother and told her 'there's trout in here'
She laughed and said there was no fish and in all the time she has passed it there has never been a soul fishing it..
Well from that point I knew what I was going to do.... Guest the unknown stream!!
Back home I looked on google maps etc and it was not even shown on any ???
So how can a small stream like this not be shown
On Monday evening I tied up a few patterns, got on my bike and headed to the unknown river, I was buzzing like visiting a new river with unknown expectations, was the fish I saw a minnow??
I knew nothing but I knew if it held trout I would catch..
I arrived at the bottom of the stream where I had not even seen, overgrown to hell and all I had to look for was the hamalian bollsom lol!!
It is absolutely swarmed with the stuff, I peered through the 6ft growth to see a flat pool with sedge dancing above the water..good sign!

Nothing spotted in the first pool but arriving on the second one I saw what I had come for .. A slashy rise.. winner... 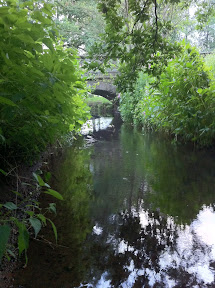 Ltd sedge on a size 17 was covered over the fish three times then I watched a trout rise to the fly like a carp.. Very slowly and sip it back...heart in the mouth stuff and I hit into the fish.. A short feisty scrap and I landed my first wild brown on the 'unknown river'.. I was buzzing to say the least 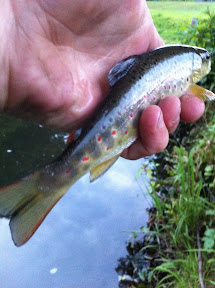 I had got action and now I could relax so I wandered Up the beat basically catching fish after fish on a ltd sedge... The takes were absolutely mind blowing, it reminded me of a wild Scottish loch.. In faster water they were leaping out to hit the fly!!
On every bend there were fish in the holding lanes rising to any natural.
I came across a massive weir, basically a waterfall where no fish could possibly pass upstream, a crying shame really as it's just defunct, I wondered if any fish could would be above this? The stream runs directly into the Trent so I knew the fish I had just been catching had swam from there..
I climbed through a old stone bridge to see fish boiling around a bend.. Again I took two fish out of the pool and they were getting slightly bigger.. The fish were above the weir so how had they got there ?
further up I came across another man made weir, this one was over 20 ft high and a dam for a small pond..
In 800 metres there were two huge weir with no way of fish passing so all these fish were land locked!! They were all small and wild fish in absolute perfect condition..it dawned on me that these fish are self contained and are spawning in there own section 800 meters long!!!
I sent a few emails to people in the know and one well known keeper told me ' nature will find it's way ' very true to say the least..Man has fucked the river by putting weirs in but still nature has bought these fish here..
I shall be taking a scale from one of these fish and get it all tested to see what clues they can give me..
a magnificent nights fishing for me catching hook virgin trout on pure wild fashion 'on the dry'

I am convinced I saw a grayling swim past me but that's for another day...


I have done a video of guesting this stream on the link below, it's not amazing but gives you the feel of what it like to be on the 'unknown stream' 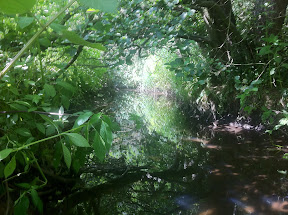 I been getting lots of email asking questions on certain aspects of tying the Ltd sedge, here is a you tube video i have done on tying this fly..
Hope this helps...
Nice one
Glen
Click link below 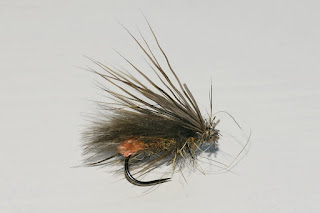 Well it was time again for the Living the Dream summer social at the Issack Walton hotel..
The lads all met around 7 pm and was great to see a cracking turn out..
Some of the lads had been out on the river earlier in the day and struggled at times to the low clear conditions..
Was good to see the waiting list lads and also Kev from my islay trip as the last time we met we were drinking and fishing constantly for a whole week, well nothing was any different tonight but the crack we have between these lads is like not other, we have the wizard Jt and the technically gifted John Pearson from the 'fish on team' giving us all there knowledge for free and Pearsons 'fish thinking' are mind blowing..
Paul the new lad from Stoke is looking to get into fly fishing and Jt give him his first lesson outside the Walton and how impressive this was to see Paul start to throw a line after 5 mins practise!! Paul has never even held a fly rod!

Well the ltd orange cap casting match was a right laugh, a shortish cast and trying to hit my cap was the goal.. Andrew (ennio) Dave and Gp all coming tops...

Jt won the long distance cast and sent my sage xp 5# with a RW dry fly expert line straight onto my backing which was amazing to see..

The evening saw tying, buffet and some excellent talks by Jt and Jp

The ale was proper going down and I can't remember much after 12 o'clock!!

Cracking times and what a great set of lads 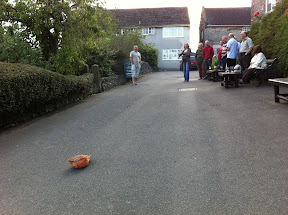 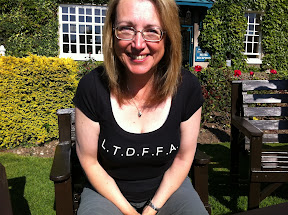