Perch on the Fly 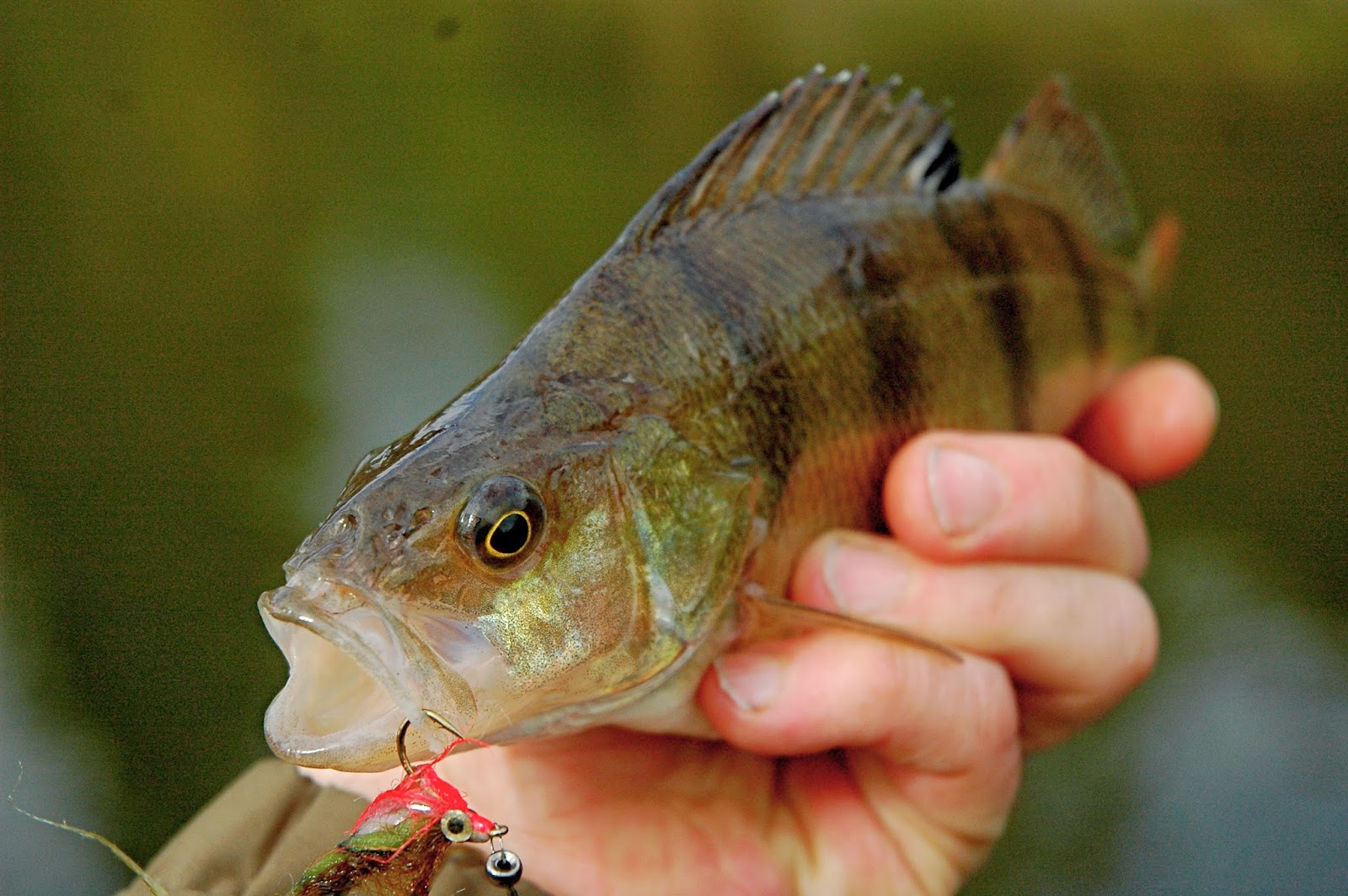 The back end of the season saw me Grayling fishing, i was onto a massive fish i had spotted for months but the floods came and the rivers came unfishable for a few weeks..
In this time i had been chatting to my mate wess and we said a trip down to the canals with a spinning rod would get us out from rotting at home.
Its always nice to strip things back to basics in fishing and we went to our local canal and had some excellent sport spinning for pike..
After a few sessions i found myself enjoying being around the canals in some lovely spots, most people think they are shit holes but if you walk them you can stumble on some very remote bits of water with  hook virgin pike..
while jigging soft baits with my light spinning outfit i had a huge lunge and i knew i was into a fish that took me back in time! it was a Perch, not just a normal one, after a mental scrap i had a 2lb 4oz sitting in my net!
My first ever fish was a Perch and most seasoned anglers love a 'stripy'
This is where i fell in love with them again and decided i would hunt them with the fly outfit...


I fished a lovely section of river as a kid and we always went to the canal that run along side it when blanking on the river, i had this very canal in my mind and thought to pay it a visit.
This time my fly rod had come out with me, catching anything on the fly is a thrill due to the direct pull on the line, i was in hunt of anything predator, Perch, Pike or even Chub...
At the fly fair i had met up with top pred tyer Martin who had promised me a few killer streamers in small sizes for the big trout..
What struck me was how he had produced such a amazing profile of a minnow imitation, but the real highlight was how they fished which was perfect for my canal session..
My main goal was to get into anything and on arriving at my wild canal section i was amazed to see the gin clear water!!
Funny how some things never change, going back to your kids years is a lovely feeling, places never change and i could not wait to get my flys in the water.
My set up was simple, i had a old bison 8ft 5", 6" WF floating line, 6ft of flouro and a small 6inch crimped up trace directly to my fly in chance i got smashed by a pike.

The flys i was using were along the line of Martins, a 4.5mm tung bead on the front to get me down quickly but also to jig the fly along the bed of the canal, anyone who fishes for `perch will know they are quite lazy at times and sit inches off the bed but they cannot resist something jigged off the bottom slowly.
Its wasnt long before i had the bang off a perch, then i continued to hit a shoul that gave me some sport i could only of dreamed of, i knew i was fishing in a place that no one ever fishes and it showed.
Thats when i saw a bolt out from the bank with fry darting everywhere! a pike in full flow hit my fly so hard and i leaned right into it tail walked all over the place..
The day saw me walk for miles pickingoff shouls of Perch and the odd Pike, it was action i had not expected and i rang my mucker  wess to tell him it goes down as one of the best days fishing i have ever had, that must seem a bit mad being on a canal but his place fished its head off.
Pike on the fly is heart stopping stuff, to see the take is amazing and the speed and power takes your breath away..
Well the dry fly trout season is approaching fast but i will still be having a dabble on the Perch and Pike..
If you get chance go and try your local canal, you will be amazed what these places hold
nice one
Glen