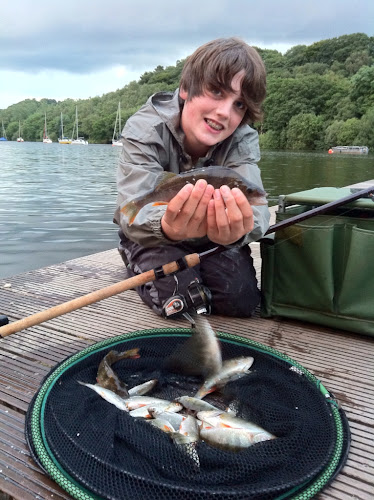 A few weeks ago i was around my sisters house and young buzzer Scott my nephew was asking if I could take him fishing...

He had been a few weeks before with a mate and his dad, but the saddening thing was he had been to a commercial fishery stacked full of carp with gravel pegs and and car spaces next to your peg and worst of all a chocolate coloured lake where the fish have to smell for food!!

You all know the type of place and in my view these places have ruined fishing for what it is..

Maybe I am old school at the age of 38 already but ain't fishing about climping through overgrown bushes and snagging trees lol..

I could moan about these 'plastic waters' all day but that's another subject..

Anyway Scott had been and blanked! His mate and his dad had caught some carp between them and this angered me, as a uncle who is a fishing maniac I wish I could of been with him..

I wanted him to learn right from the basics, so there was one way to go... He needed some course fishing gear..

I put a message out to the lads on the fly fishing forum and was totally gobsmacked by the generosity of the replys..

A lad from Swindon got his old match stuff out of his garage and gave Scott the whole lot for 50 quid!!!

There was loads more to list but it was all 1980s gear in perfect condition and I was buzzing...

I spoke to john Davis (sotas president)... I asked him of places where we I should go... It was decided to go to rudyard lake where I have my fishing boat moored up for Piking on the fly..

there were plenty of silver fishing coming out to some regulars and john pointed me in the right direction....

So on a Wednesday evening I was sat on the pier at rudyard lake with Scott setting up the pole!! We had a pint of pinkies and a loaf of bread..

I baited the swim while setting up to move the fish in..

Well to be honest Scott looked so exited and I was getting the same feeling myself!

It had been years since I have done any float fishing and as i place the pole float into the baited area I soon realised the antisapation of watching for the float going under!! It's just the same buzz as a dry fly angler gets from watching a drift..

I passed Scott the pole and watched the float bump then get pulled under!!

He missed the next 3 takes but kids pick things up so quick he hooked and landed his first ever perch!! Wow his face was amazing...

From that point he bagged up on the pole and landed 32 silver fish, bream roach and perch !! His striking was spot on and playing them in perfectly..

He had fished a proper lake where the fish have spawned and learned to fish right from the start...

On the way home he said that he was really exited waiting for the float to go under! I thought to myself 'he got fishing in his blood then' where from lol??

Recently it has become a family outing with my two girls and Harriet !!! See pics below 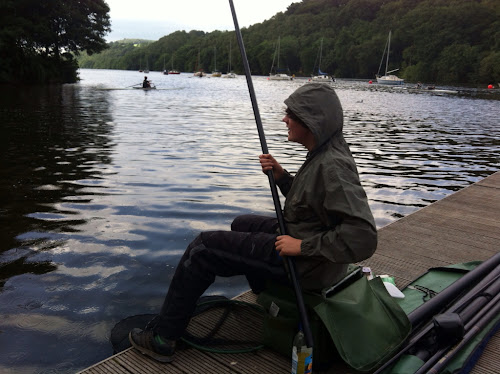 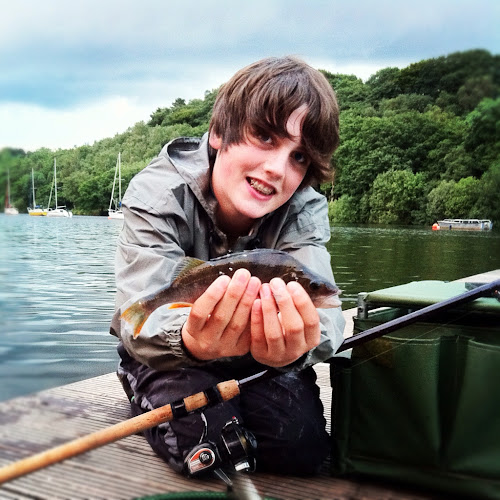 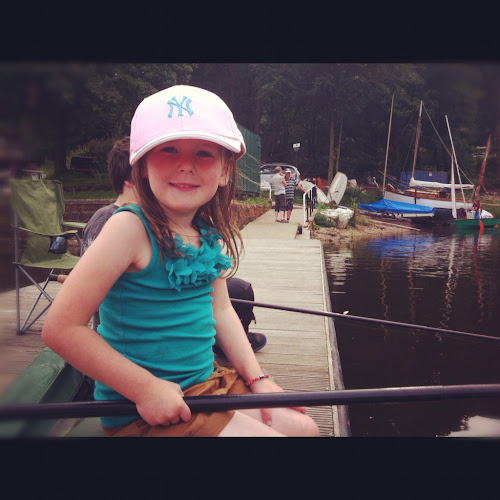 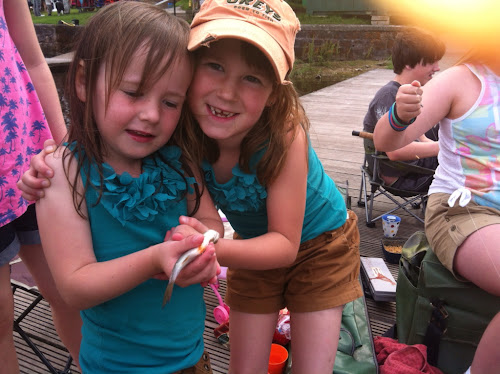 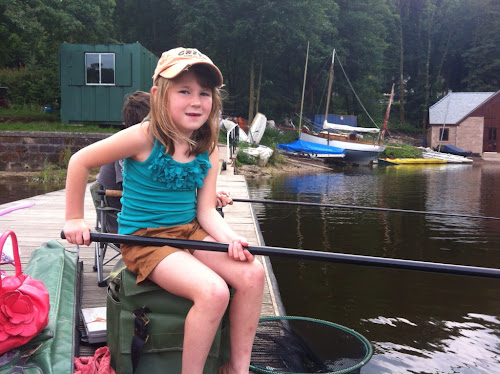