Wye with my Guest John Tyzack 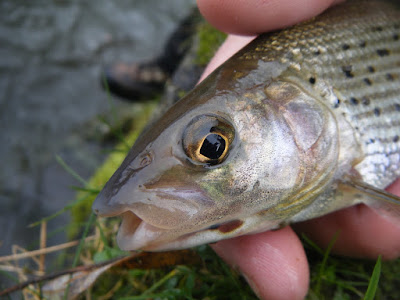 I had got a group session with the local lads from LADFFA and DRAC to fish with JT guiding us up at Dovedale but conditions were that bad we had to call it off which gutted us all but there will be another chance very soon.
I spoke to JT and we decided to have a fish in my Wye stretch with John as my guest, no guiding, just fishing for lesiure and the crack..
We meet at the pumping station around half nine and John was his usual 'mad for it' self and keen to get on the fish, he let 'scuff' his little terrier have a run about then we tackled up and made our way upstream.
The river was up and slightly coloured but was fishable, John went with his three fly czech nymph and i went for a Klink and dink style.
While i was setting up John took two 8 oz Grayling within 5 minuites! I started to fish my style and could only watch as John started to take fish after fish, it wasnt long before i changed my style to go like JT as i was blanking my head off..
I was soon starting to take Grayling to the middle dropper czech nymphing which gave me a sigh of releif as JT was into double figures before i had one!
I soon got into the swing of things and started to take some nice pounders who were again fighting there heads off.
We walked into the town area and we had a hour or so fish stalking which is something i love, Jt catching a 2lber with a single shrimp..(Tosser)!!
After a nice can of stella back at the car we made are way back upto the town as i had asked John to get some invertabrate shots with my new cam ect.
We were siting chatting and jT shouted 'look at that dun drifting down pal' he was up like a flash and chasing down the river with his little net, some bi standers must have thought we were into a fish until John came back with a huge smile and his invertabrate net holding a Large Dark Olive!!! The walkers looked at each other with amazment!
We then collected some samples of shrimps to match with our flys. 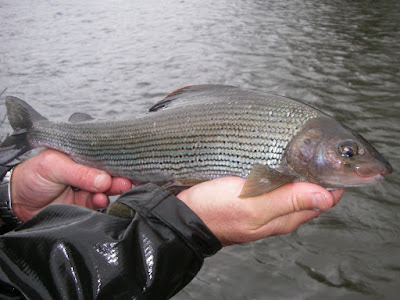 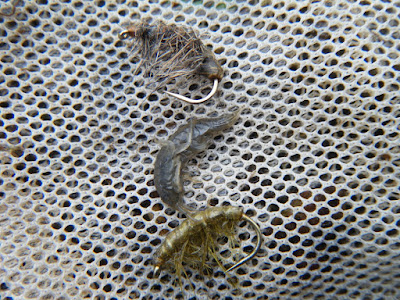 Spot the natural! A very good match and you can see why JTs fly takes fish 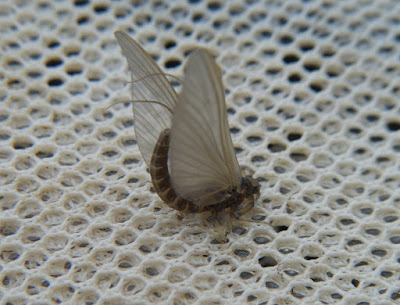 A Large Dark Olive, my favorite invertabrate, the only one we saw all day! 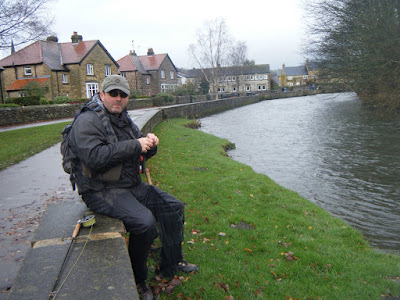 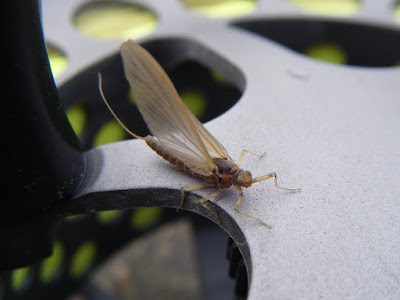 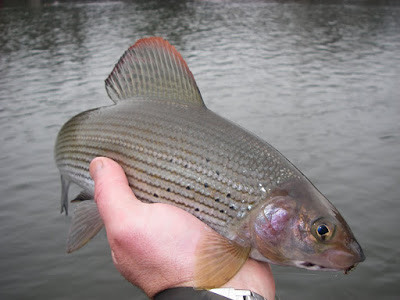 Do they get better looking than this? 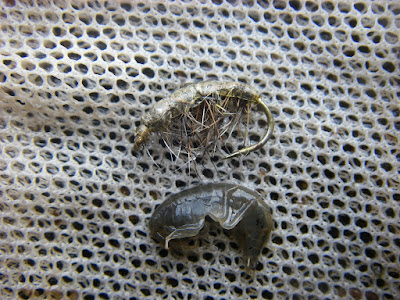 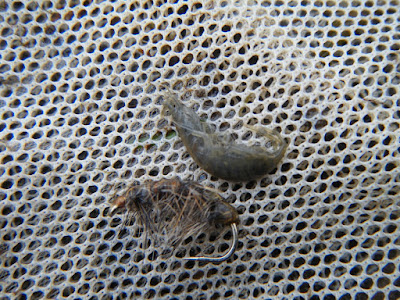 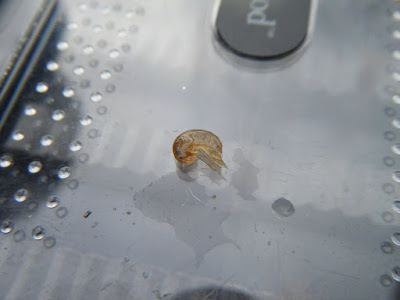